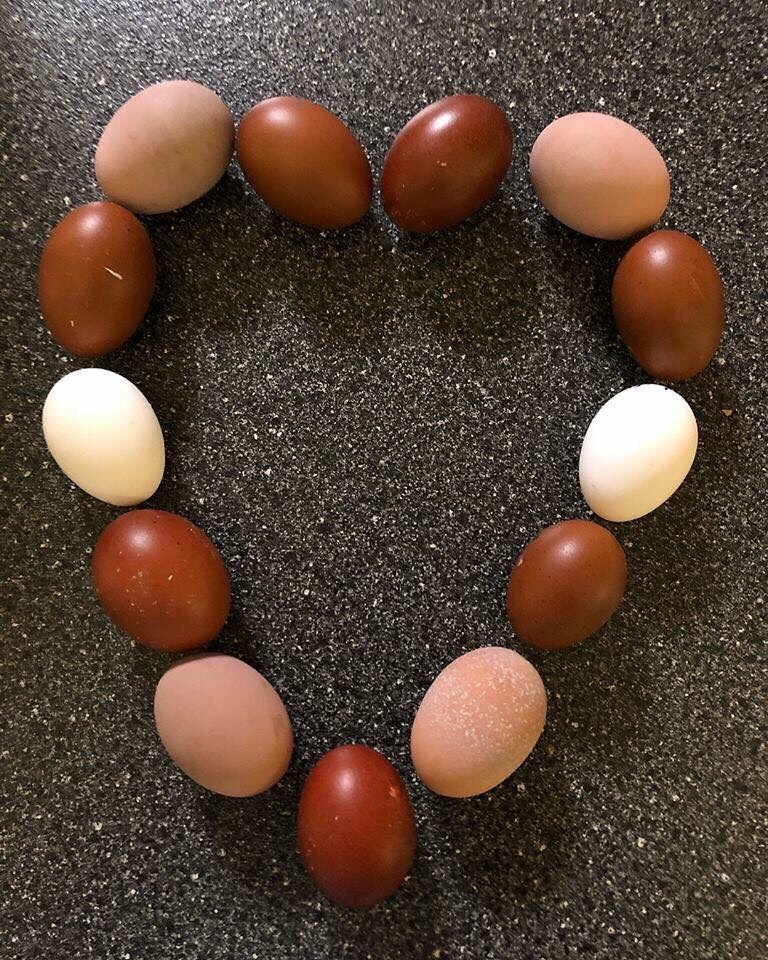 So many people have asked about these gorgeous chocolate eggs, I want to take a moment to let y’all know about them.

They are from Fat Hen Farms in Connecticut. Bernard started out breeding Black Copper Marans for their beautiful dark chocolate colored eggs. He gradually added on several other of my most favorite breeds, each known for their luscious egg colors, including Lavender Orpingtons, Blue Wheatens, Easter Eggers, and Deathlayers, (whose name always makes me think of a Star Wars-esque chicken villain! 😂 Actually, they are called Deathlayers because, unlike most hens who only lay for a couple years, the Deathlayers supposedly lay until their death.)

Bernard meticulously keeps and breeds small flocks for egg vibrancy. His approach is thoughtful and intelligent. At age 24, Bernard is not only a farmer, but also a pre-med student, so he consults with his professors about breeding projects. He focuses on egg color, but also chicken health and standards. I’ve been impressed by Fat Hen Farms ever since I came across a picture of his amazing egg colors, and had to learn more! Full disclosure: I’ve never actually spoken with Bernard – he’s probably wondering who this crazy chicken lady is who’s going all fangirl on him. 😂 The truth is I’m a little infatuated with his eggs. Sadly, but understandably, there are waiting lists for his hatching eggs and chicks. But a girl can dream, can’t she….. I recommend checking out his page, I’ve learned so much from it! 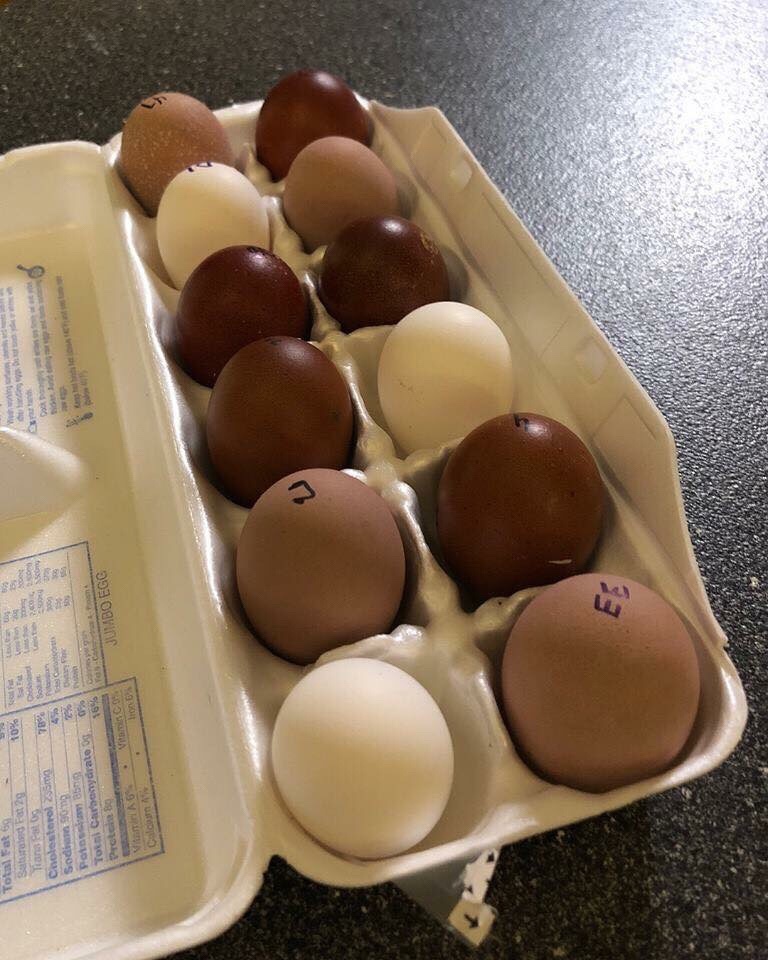 View all posts by Katy Marks

From her urban farm, Katy Marks raises an ever growing brood of Chickens, tiny horses, orphaned rabbits, barn cats, and children.  A native of Northern California, she loves the farmer’s markets, the nature, arts, cuisines, and cultures, of the region.  Katy shares her stories, love of her farm and family, lessons learned, and at least a few mistakes, from her barn, garden, and home.