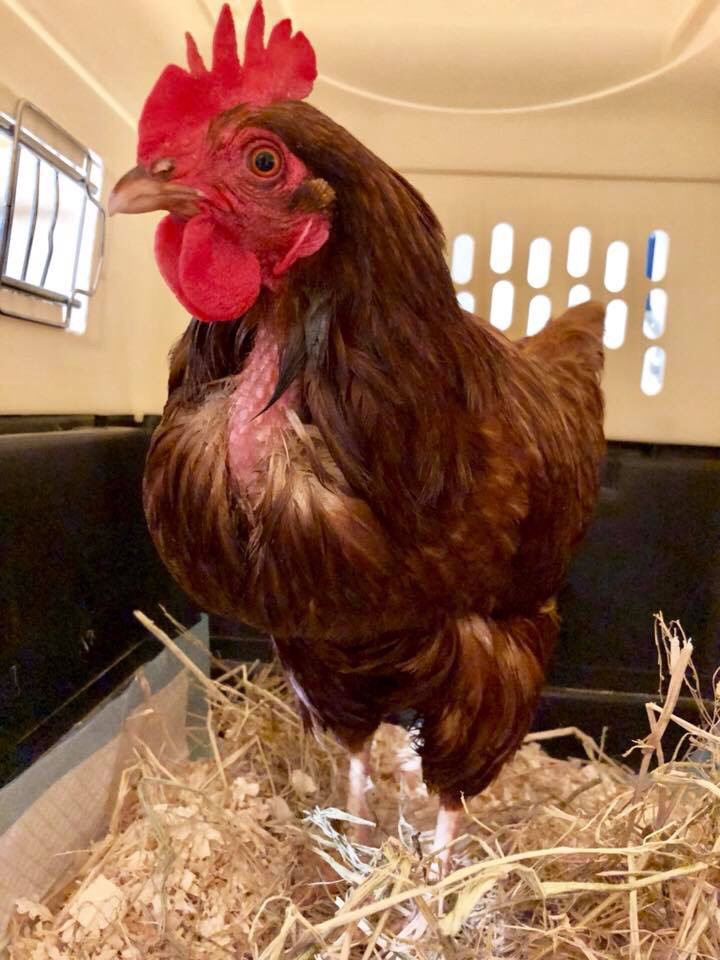 Eek!!! I have a chicken emergency!! Poor, sweet, Miranda is suffering, and I can’t figure out why. I’ve spent the day treating all the possibilities, including cleaning out the coops, in the middle of a hailing thunderstorm. (Yes, afterwards I did reward myself with my favorite Earl Grey tea from England, fresh-baked chocolate chip cookies, and cuddles with a baby chick and my six year old, in front of the fire.) So today, instead of giving advice, I am asking for it from all you wonderful chicken experts!

A couple weeks ago Miranda, our Rhode Island Red hen, seemed to be molting, mostly on her neck and chest. I kept an eye on it, looking for the new feathers to grow in, and checked for mites, but didn’t see any. It has gotten worse, so today I did a closer inspection. You can’t see it until you pick her up, but Miranda has a red, raw, bald streak, from her neck down her chest, almost to her vent!

I’m going through the possibilities in my mind. Here’s a list of what I’ve thought of:

– Rodents chewing at night (so horrific, I know!)

– Feather picking, either by her or another chicken

I don’t think it’s vent gleet, because the area immediately around her vent has feathers still, and doesn’t seem irritated.

I saw pictures of rodent chewing (how awful!) that look similar, which is why I thought of it. I’ve had an ongoing battle against rodents in the chicken run. But there hasn’t been any evidence of them in the past couple of months. So I don’t think that’s it.

So I’m back to mites. As soon as I realized it was a possibility, I thoroughly cleaned out the coops, replaced all the bedding, and treated it with diatomaceous earth. Diatomaceous earth is completely safe for chickens, but the tiny fossils of the diatoms slice and kill any bug with an exoskeleton. If it is mites, I’ll need to treat the whole flock, and the coops. It’s a lot like when you find out your kids came home from school with lice – a huge hassle!

I brought Miranda inside, gave her a bath with epsom salts, got her warm and dry, treated her legs and raw areas with Vetericin, and then covered them with Vaseline. I’m keeping her quiet, warm, and isolated. I still haven’t seen any mites, but am not sure what else to do. I’ve given her water with apple cider vinegar, honey, and garlic powder, which is supposed to help her immune system. I’ve given her choices of oats, plain yogurt, and scrambled eggs. Oats have been shown to help with mites. The yogurt and scrambled eggs are for probiotics and protein (in case it is feather picking, which can be caused by not enough protein). Also, Miranda seems a little underweight, so I’m trying to get some extra calories into her, and my girls LOVE yogurt.

Miranda could be broody, and picking her feathers because of it. If that’s the case, I wonder if she’d like to try raising some baby chicks? (since I happen to have a few right now!) But if she does have mites, I don’t want to expose the chicks.

I’m still not exactly sure what I’m dealing with, but am treating it on multiple fronts, hoping just to solve the problem. Regardless of the cause, how do I stop poor Miranda from picking herself raw? Do they make cones of shame for chickens? Do I use a chicken apron, except in the front? Do I put her back with the flock to avoid stress, or keep her warm and quiet? I’d love any advice from all you chicken experts. Thanks you guys!

View all posts by Katy Marks 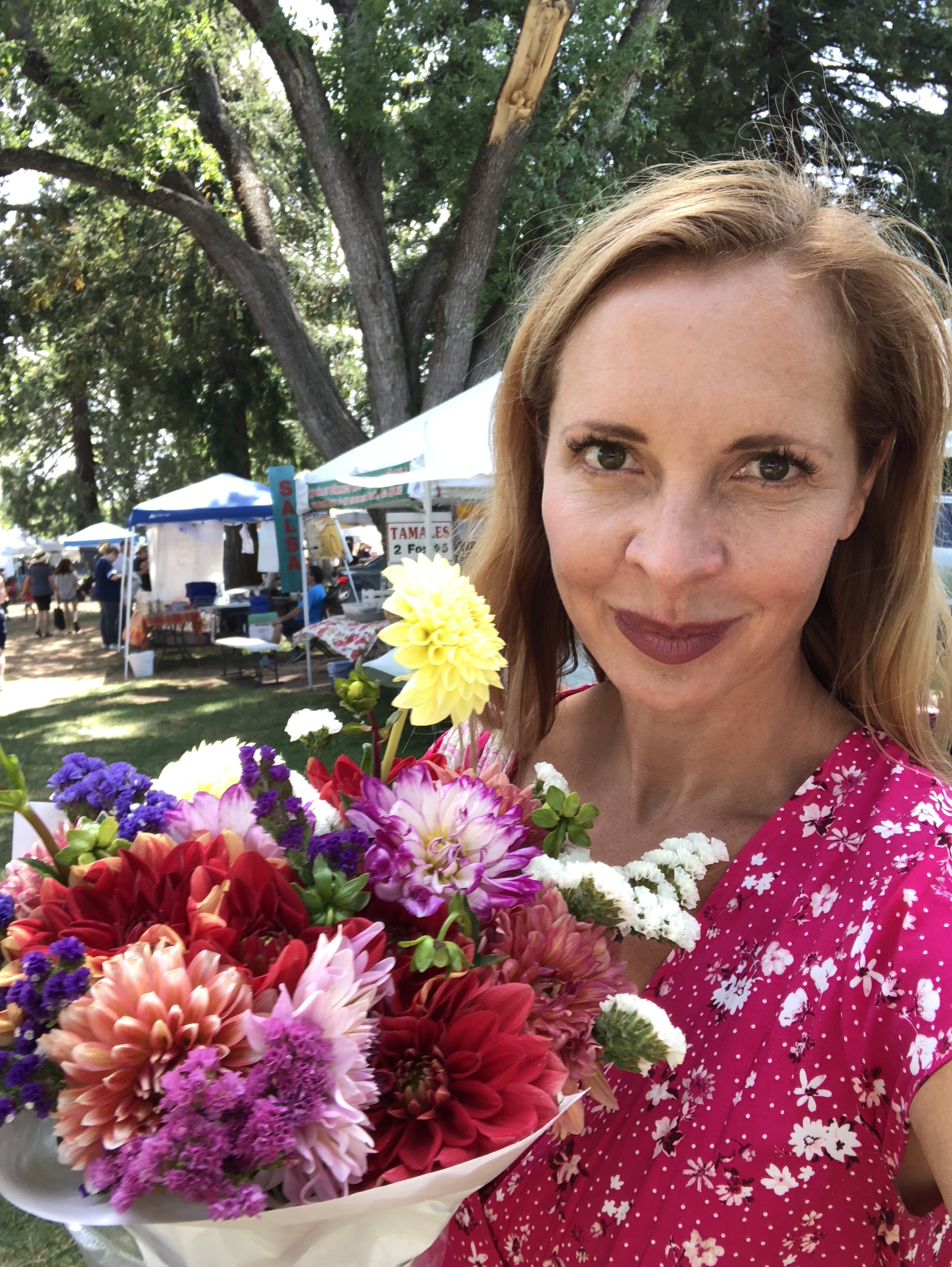 From her urban farm, Katy Marks raises an ever growing brood of Chickens, tiny horses, orphaned rabbits, barn cats, and children.  A native of Northern California, she loves the farmer’s markets, the nature, arts, cuisines, and cultures, of the region.  Katy shares her stories, love of her farm and family, lessons learned, and at least a few mistakes, from her barn, garden, and home. 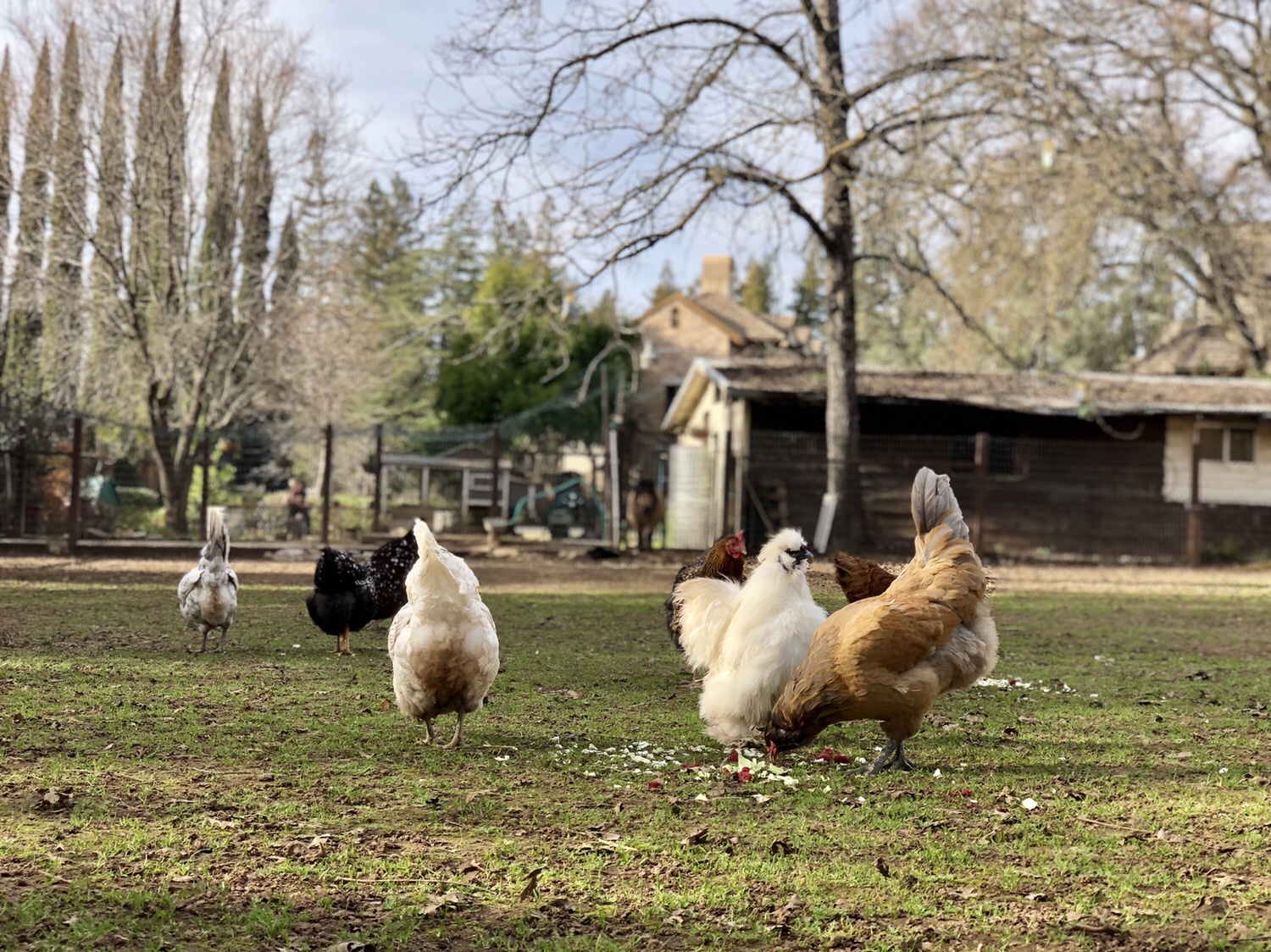